David Does His First Tri at 50, and No Events For Barb

This year I was forced to be a spectator and picture taker during the Gretna Tri.    After losing 12 pounds in November and December on the Yoli Better Body System, I was excited to be running pain free in January.. I thought it might be my best season ever!  Then I was rear ended on icy roads on the coldest night of the year, and could not swim for a few months due to back spasms.  A lingering foot and lower leg injury has prevented running as well.  Although frustrated, I am determined to stay active and have taken up a combination Yoga / Pilates Class once a week which I love; it's great for stretching and balance.  I continue to ride my bike as much as possible and despite riding only once or twice a week, have worked my way up to 17 miles in hopes of doing the 30 mile Tour of Richmond in October.  My times are decent averaging 12.5mph last week on the hills and 13 mph this week on an easier route.  Every long ride is followed by a day of intense foot pain, so we continue to work on it hoping it will eventually subside. 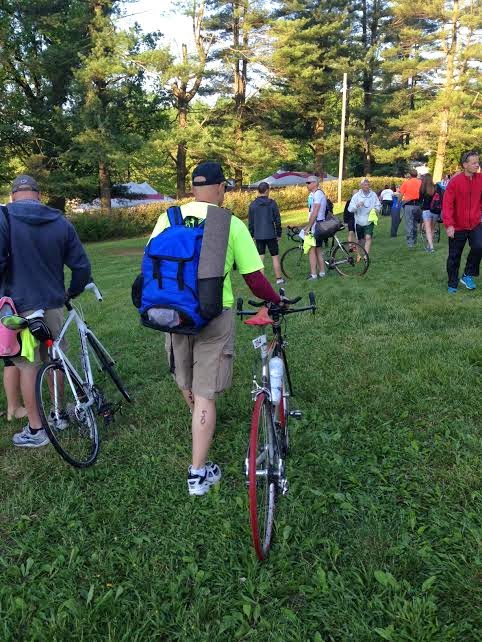 In the fall we purchased an Endless Pools Swim Spa including an underwater treadmill along with an Aquashield, so we could swim or water jog year round.  David, my husband, said in December he 'might' do a Tri this year.  Upon researching the best open water technique for swimming,  he decided to learn the Navy Seal technique known as the military side stroke.  I gave him some pointers on breathing and by comparing his form to the you tube videos, helped him as much as possible.  About 2 weeks before the Gretna Tri, David announced that he had ordered a wetsuit and signed up, to which I replied "WHAT?".  Although his swim stroke seemed strong, he had solely trained in the swim spa, I knew I needed to get him to a "big pool" to see if he could do the distance required.  Mary, my awesome swim instructor gladly granted my request, knowing my concern.

The first trip to the big pool did not go well,  David went out too strong and ran out of gas, breathing heavy and needing to take breaks.  Mary and I were worried, because you can't run out of gas in the middle of a lake, especially during a Tri.  Mary kindly explained a lot of technique and basic swimming principles to David, but when he went into the locker room she said, "I don't think he should do this, I am worried".  But David was persistent and after listening to Mary's guidance about pace, being comfortable in the water, buoyancy, and lengthening his stroke to glide and breathe easier... the second swimming session went much better.  I swam next to him, bumping and splashing him, to prepare him for the race.

The big race day came, and I took the above picture as David headed to the transition area, hoping this wouldn't be that last picture I took of him.  I was still nervous about his swim, he did not have the stamina or experience to do this swim - but he did have the guts so I figured he would manage I just didn't know how.  I realized it was a good thing I was just a spectator this year, because all of my energy was focused on preparing him for the race.   Mom and Dad brought their good luck bells, and I brought St. Jude, the patron Saint of Hopeless Causes.  David survived the swim by canoe hopping his way around the lake, which fortunately is permitted.  Coming back towards shore, the water isn't as deep, and the race volunteers kindly guided him and a few other rookies to the shallow area so they could walk/swim their way to the shore. 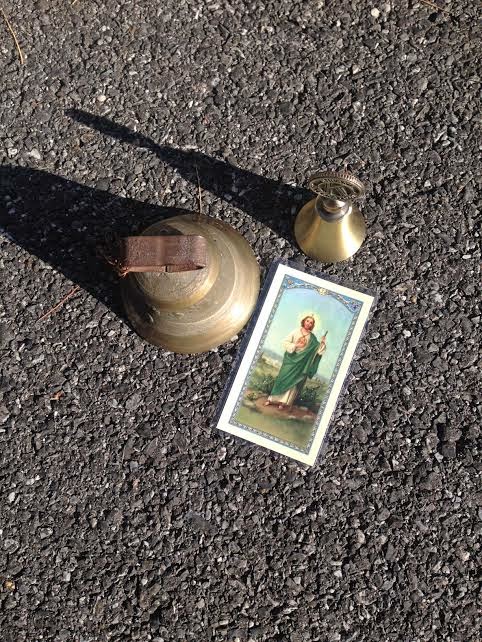 I knew David would have no trouble with the bike portion since he rides these hills all the time, but I was worried about the run.  The previous week he had done a 'trial tri', and could not run even a few blocks due to calf cramps.  Well, David made it to the finish with a strong stride, all 3 legs of the Tri completed successfully!  He approached Mike and I still waiting for Cathy to transition from Bike to Run, and announced that this was probably 'the stupidest thing he had ever decided to do' - mainly because he can't swim well, and hates to run.  But the huge grin on his face told me he was proud of his accomplishment, and glad for having done it at least once.  Honestly I think he had decided last year that if I could do a Tri, he could do it too!  Cathy remembered her helmet leaving the transition area this year, and Mike had a fantastic race.

Some homemade protein bars made with Yoli YES whey protein shakes revived David, Cathy, and Mike after their successful Tri.  We enjoyed a family dinner Saturday Night, and I took Cathy and Mike on a little recovery ride Sunday on the back roads between Mom and Dad's new place and our house.  Great weekend of fun and family, even if I was on the sidelines - someone has to be the photographer! 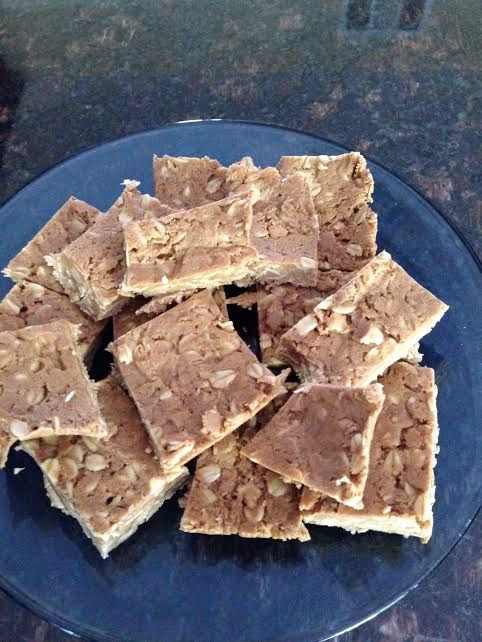 Hoping to back  at it for next year, I found a few sprint tri's in Richmond and Delaware - plus a few others with a pool swim that look like fun.